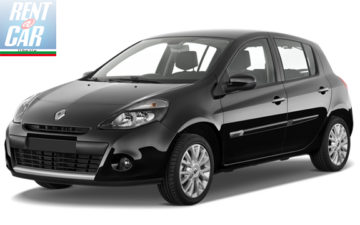 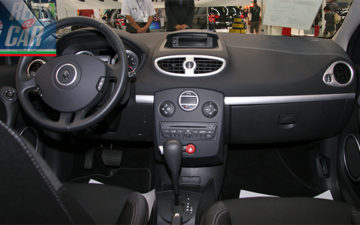 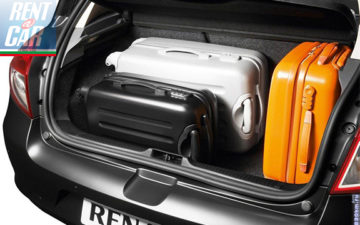 In the car fleet of TS rent a car Bulgaria, which specializes in car rental services at Bourgas airport, there are a large number of different cars for different tastes and wallet sizes. Someone loves roomy minibuses, someone family minivans, others prefer comfortable sedans, and some love to move in small hatchbacks with low fuel consumption. Just one such car today will be discussed – Renault Clio. This car is one of the best options for renting a car at Burgas Airport, because it combines comfort, spaciousness, ease of maneuvering in a dense city traffic due to its small size, low fuel consumption and all this for very little money.

TS rent a car Bulgaria – rental company at Burgas Airport, with great pleasure, will provide you with this or any other car from our fleet without any mileage restrictions. We are sure that this car will bring you only joy and pleasure. For your convenience and time saving, TS rent a car Bulgaria provides a car rental service at Burgas airport with car delivery to any place convenient for you in the city. Thus, we not only specialize in the provision of cars for rent at Burgas airport, but we work throughout the city.

The third generation Renault Clio was first seen in 2005. The car is built on a platform developed jointly with Nissan. This chassis was used in the design of many other machines from these companies. These include: Renault Modus, Renault Logan, Nissan Note and Nissan Micra.

Compared to its predecessor, the new generation Clio is 130 kg heavier due to the reinforced structure of the supporting body elements, which has a beneficial effect on the safety of the car. The front seats are equipped with double preloaded seat belts. Depending on the configuration, the car can be equipped with up to 8 airbags, two of which have the function of adaptability, limiting the inflation force depending on the force of the impact, and energy-absorbing head restraints prevent injury to the neck of the driver and passengers.

According to the results of crash tests according to the Euro NCAP system, the car deservedly received a 5-star safety rating. With regard to the level of child protection, the vehicle was awarded a maximum rating of 4 stars. These figures have confirmed that Renault vehicles are among the leaders in the field of active and passive safety.

Bourgas airport car rental company TS rent a car Bulgaria, cares about the safety of its customers. That is why we offer for car rental in Burgas airport cars that can protect the driver and all passengers in case of unforeseen situations on the road. After all, your safety is our priority. A huge number of both diesel and gasoline engines were installed on this Renault model, ranging from the very small 1.1-liter with 75 hp, and ending with the 2-liter 16-valve F4R832 unit, which develops 200 hp.

The fleet of the TS rent a car Burgas airport – rental company at Burgas airport has a “medium” version of a wide range of engines of this model, namely a 1.6-liter gasoline unit of the K4M series, with a maximum power of 112 hp. and a 4-speed automatic transmission, which allows you to move quickly and comfortably without being distracted by gear changes. Our company with great pleasure is ready to provide you with this car for rent on favorable terms and without any mileage restrictions.

The suspension of the new Clio, oddly enough, has not undergone major changes in its design, compared to its predecessor. The front suspension is a classic MacPherson strut, the rear – on the trailing arms. Coil springs, lateral stabilizers are a simple and reliable system that can serve faithfully for many, many years. At the same time, the suspension cannot be called “wadded”. The car confidently holds the road, the roll when cornering at high speeds is minimal. The toy car has a sporty character and it is felt with every turn of the steering wheel.

The design of the car makes an unprepared person a little surprised, because it is practically nothing like “ordinary” French cars. The front optics are large and slanting, with all their appearance more reminiscent of Japanese cars, and the rounded body shapes and flowing lines are similar to traditional hatchbacks. Renault designers, this time, did not shock buyers with unusual touches in the appearance of their brainchild, but began to think more about practicality, thereby putting their creation on a par with other representatives of this segment.

But you still cannot call it “ordinary”. The main asset of the car is its interior. With the relative cheapness of the car, in the cabin it seems that you are driving something very solid. The steering wheel of a very interesting shape, with recesses for the location of the thumbs, allows you to feel for a second in the interior of a sports car. All the seats are located in such a way that, regardless of the setting of their position, the road visibility practically does not suffer, due to one of the largest indicators of the car’s glazing area. The dashboard is tilted so that you can read instrument readings equally clearly regardless of weather conditions and time of day. The dashboard is very pleasant to the touch, with a certain noble, velvety roughness, like on expensive sedans. All buttons and switches are located very ergonomically. Due to the small size of the car, everyone, without much difficulty, can reach any buttons and switches on the center panel.

A number of various electronic systems were added to the car, which increase the comfort when controlling this unit. These include:

Tire pressure monitoring;
Additional bulbs in the head optics, which light up when the steering wheel is turned at a certain angle, which makes it possible to increase the visibility of the “blind” zones in turns;
Rain and light sensors;
An immobilizer with an electronic key card – the main feature of Renault.
Compared to the previous generation, the car became taller and longer, automatically and received a trunk large enough for its layout, with a volume of 288 liters, a huge number of different pockets inside the cabin and a good size glove compartment will allow you to put enough things there for a long trip, and rent a car Burgas airport will help you to go there.

Ordering a car, as well as renting a car at Burgas airport, with delivery to any place in the city, is unusually simple. To do this, you just need to pre-book a car for rent by calling our managers, name any time and place convenient for you to deliver the car, and pick up your car not only from Burgas airport, but also anywhere in the city.

The production of cars of this generation continued until 2012. For a fairly short period of production of the fourth generation of the car, the French factories produced an incredible 2.4 million copies of Renault Clio III, which confirms the great demand and popular love for this car.