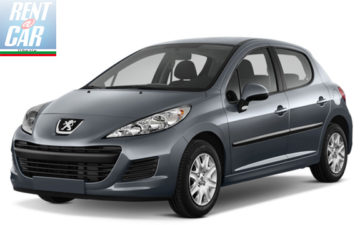 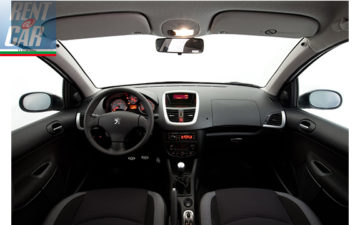 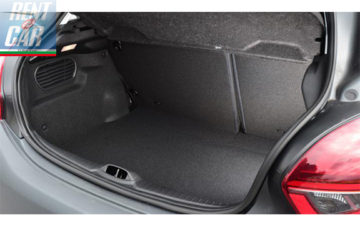 If you are looking for a cheap car hire Burgas, which will be spacious enough, economical, cheap and with an automatic transmission for the most convenient movement, then you have come to the right place. All the above qualities are very applicable for PEUGEOT 207 and TS rent a car Bulgaria, Burgas,  a car hire company in Burgas, which is ready to rent this or any other car from our fleet for an indefinite period of time at a reasonable price and without limitation of mileage. A cheap car hire Burgas is TS rent a car Bulgaria, Burgas.

This car is the successor to the famous and beloved PEUGEOT 207, which was announced in 2006. In the same year, the official sales of a new model from the French manufacturer started.
At the beginning of sales, the car was delivered only in France, Spain and Italy, and only after some time fans of the brand from other countries were able to officially buy this car.
Immediately after the start of sales, people appreciated the quality of workmanship and finish, design, reliability and comfort of the new car. That is why in 2006 the PEUGEOT 207 was named Car of the Year in Spain, in 2007 in Ukraine, and in 2008 all the car’s countless advantages were appreciated in Japan. In the same year, it became the best-selling car in Europe. But the success story and awards do not end there, as in 2009 it took 3rd place in the list of best-selling cars in Europe and 2nd place in the ranking of sales among cars in its class. In addition, in the same year 2009 it was awarded the title of best-selling car in France (more than 367 thousand units).
Only these titles and numerous awards can tell a lot about this car, and the rent a car company in Burgas, TS rent a car Bulgaria, Burgas, which has one of the copies of this wonderful car, will be happy to help you personally check the reliability and comfort PEUGEOT 207 by simply ordering a rental car.
This is very easy to do: to rent a cheap car hire Burgas, you need to contact the specialists of TS rent a car Bulgaria, Burgas by phone or e-mail, specify the time and place where you want to use the cheap car hire services in Burgas and spare car in Burgas. We are sure that using the services of our company, you will understand that renting a car in Burgas is extremely easy.

How to rent a car in Burgas?

However, it was no surprise that the PEUGEOT 207 will not fail in sales, because this prominent French concern has always known and knew how to produce supermini cars, because the main weapon against competitors in this class is space, handling, efficiency and reliability. range of engines, excellent visibility and, most importantly, extremely low price, which makes it a good opportunity to rent a car in Burgas, using the services of TS cheap car hire Burgas.
The car’s suspension is very soft and energy-intensive. He copes with all the bumps in the road, as expected, taking most of the shocks. The steering wheel behaves predictably, the car is not prone to overturning, which is facilitated by the good weight distribution and the presence of a stabilizer.

The rather voluminous interior, with not the largest dimensions of the car, pleasantly pleases the drivers. The steering wheel has the ability to adjust both vertically and in range. The driver’s seat also has settings in all planes, which has a positive effect on comfort. There is also enough space for rear passengers, thanks to the special shape of the front seats, which allow more useful space. The trunk is an acceptable size, in which it is quite convenient to load different loads, and by folding the rear row of seats, you can easily put even bulky luggage.
The spacious trunk is a guarantee for a comfortable trip, and the right choice of rent a  car company in Burgas is a guarantee for saved time and money. And here the only possible option for renting a car is TS rent a car in Burgas, Bulgaria, ready at any time and in any place to provide you with a rental car. We are sure that the cost of renting a car in Burgas and the fast processing of the necessary documents in our company will pleasantly surprise you.
If we talk about the engine line, then the 1.4-liter gasoline with 75 hp. quite good in terms of price and efficiency, but not powerful enough. Another modification of the same engine already produces 90 hp, which significantly increases the dynamics of the car. But in the fleet of a car rental company in Burgas there is an even more interesting version of the power unit, namely 1.6-liter gasoline with 120 hp. paired with automatic transmission. This “duet” allows you to dynamically accelerate the car due to its low weight, and the automatic transmission will allow you not to be distracted by shifting gears during city travel.
The range of diesel engines is represented by engines with a volume of 1.4 and 1.6 liters. The power of the first is 70 hp, which is clearly not enough, and the second unit produces 90 hp. Interestingly, both engines have the same fuel consumption of 3.7 l / 100 km, which is quite impressive even today. Economy is the most important factor when choosing a car rental in Burgas.
For those who like to drive faster, the PEUGEOT 207GT models were produced, which were equipped with a 1.6-liter gasoline or diesel engine with 150 hp. for petrol and 110 hp for a diesel engine, while the sports model GTI is powered by a 1.6-liter turbo gasoline engine with a maximum output of 175 hp.
All cars were technically well-equipped already in the basic configuration, but for cars with 1.4-liter engines, air conditioning was an additional option, which became a not very popular option for purchase among motorists. But regardless of the configuration, the PEUGEOT 207 had front and side airbags, which has a positive effect on safety, and the side curtain airbags were installed in the maximum configuration. Of course, the French would not release a car with a Euro NCAP safety rating below 5 stars, so there is no need to worry about the safety of the driver and passengers in this regard.
Car rental company in Bulgaria, TS rent a car in Burgas, cares like no other for the life and health of its customers, which is why it offers the safest car rental and only in a technically sound condition.
In 2009 the car underwent a restyling. Among the innovations were:

updated front bumper, head optics and grille;
rear LED lights;
a large number of body parts were painted in body color, and some were lined with chrome;
modified instrument panel;
new upholstery materials and colors;
changed range of engines due to the introduction of Euro-5 environmental standards;
a new type of wheels that save up to 10% fuel;
added indicator for shifting gears and indicator for turning on the optimal gear at a given speed;
updated multimedia system, etc.
This PEUGEOT model remains quite a popular car to this day due to its interesting design, good handling, driving comfort, quality workmanship, interior materials, economy and a large selection of power units.

All these factors have contributed to the fact that the car has become widespread among car rental companies. TS rent a car in Burgas, Bulgaria, which has been successfully operating on the car rental market in Burgas, Sofia and Varna for several years, is no exception and offers its customers the opportunity to rent a car in Burgas, for any period and without mileage restrictions.

In 2012, the PEUGEOT 207 was replaced by a successor in the form of the new 208 and the production of the car discussed in this article was discontinued.