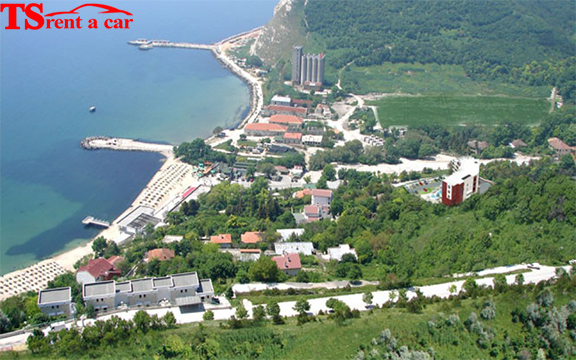 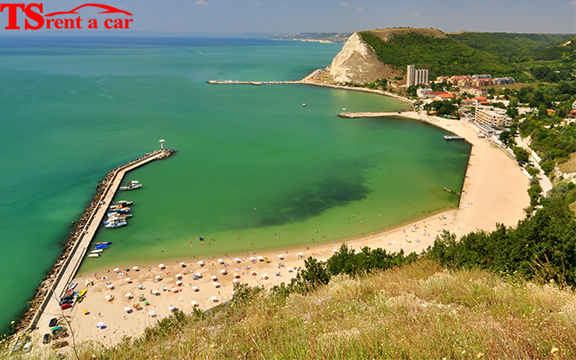 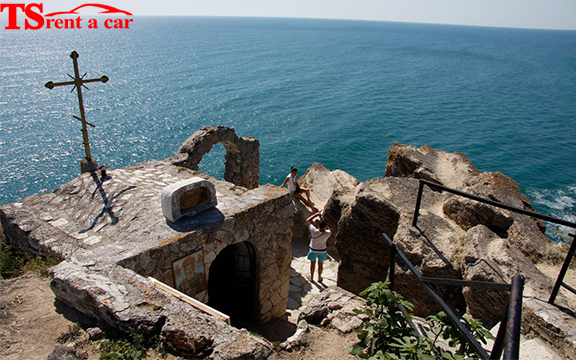 Kavarna is located on the northern Black Sea coast of Bulgaria. The resort town is located near the famous town of Balchik, 48 km from the sea capital Varna. Kavarna is a beautiful and picturesque resort. Known for its nature and intense cultural and tourist life. You can book a car in Kavarna from TS rent a car Kavarna and easily move along the northern coast. Kavarna is nestled among a large green massif – beautiful sandy beaches, rich variety of vegetation and picturesque landscapes. In Kavarna, everyone will enjoy his or her vacation, because this cozy and beautiful city has everything. Book a car rental in Kavarna and enjoy the beauty of the northern Bulgarian Black Sea coast. The town of Kavarna is ancient and has an interesting history. There are many things to see and feel – this place has attracted people since ancient times, so rent a car and visit every fairytale corner.
TS rent a car Kavarna offers car rental in Kavarna cheaply and at high quality. If you are planning to spend your vacation in Kavarna and you need a car rental in Kavarna, you can contact by phone or by email / published on the website / with representatives of our company in Kavarna TS rent a car Kavarna. You can order a car rental in Bulgaria before the trip or immediately after your arrival in Bulgaria at Varna Airport. With a car rental in Bulgaria, your vacation will be more complete and interesting. It is easy and profitable to rent a car in Bulgaria, as taxi services will cost you much more.
The first population in Kavarna were the Thracians, then the ancient Greeks, and then the ancient Romans lived here. Later the Slavic and pro-Bulgarian tribes moved to Kavarna. There are also fragments of the powerful fortress “claserka” from the 14th century. Here you can indulge in a “wild vacation”, as there are many campsites and small complexes in nature. Use the services of our company in Kavarna TS cheap car hire Varna airport and make your vacation interesting and rich. By car rental in Kavarna, you will have time to visit the amazing ancient places on the north coast. With a car rental from the car rental company TS cheap car hire Varna airport, you will be able to travel cheaply throughout Bulgaria.
The resort town of Kavarna is beautiful because it is not only for those who want to relax, but also for those who want to do something interesting. Tourism has been here recently, however, the city is proud of its treasures: the Archaeological Museum, churches from the medieval period, the Bath, Roman buildings, water sources, and the first of them built in the 15th century. By car rental in Bulgaria, it will not be difficult for you to visit the landmarks of natural importance: the caves of Cape Kaliakra, the treasures of Lysimchus, the place where 40 girls threw themselves into the sea, with braided hair in braids to avoid captivity. The Kamen Bryag Nature Reserve also has a beautiful view. In ancient times, people lived in caves in the Yalta Reserve. Remains have been found in tombs. Here the locals are engaged in viticulture and wine.
The last decade has had a beneficial effect on the tourist life of Kavarna. Rural tourism has also become popular recently. Tourists prefer to stop on the shores of the village. Visits to archeological reserves, museums, cultural and historical heritage are inherent in scientific and cultural tourism. Many tourists prefer to ride a bike during excursions or walk through the many caves. Ecotourism has been declared one of the most popular destinations for family vacations. Kavarna receives its guests in cozy houses for lovers of flora and fauna of the place. Ornithologists like to visit Kavarna and that is why there are often conferences and meetings dedicated to science. The baths, which were built in the 15th century by the Turks, are considered historical and cultural heritage. At the Archaeological Museum, once you arrive by rental car, you will see masterpieces of a treasure trove of Thracian gold that has been found through excavations. The museum, which talks about the history of Kavarna, provides an opportunity to study the ethnography of the region.
Those who want to see the contemporary art of paintings will do so in the Kavarna Gallery and here you can talk to the artists of the area. The natural gift of Cape Kaliakra has long been the fortress of Tirisis – the longest cape on the Black Sea coast, which previously contained the treasures of the kings of antiquity.

In the southern part of Kavarna, is Cape Kaliakra. The cape got its name because the sea vessels were oriented in the light of this cape. Cape was inhabited in the 5th century, but after the strongest earthquake, many buildings were destroyed, but still something survives to this day. Tourists can see the ruins of the temple and fortresses. It turned out that a church was built at the very end of the promontory during the advent of Christianity. When renting a car in Kavarna, don’t forget to contact the company TS cheap car hire Varna airport and we will make sure that the rented cars from our company will bring you only pleasure from the trip! Pleasant trip!